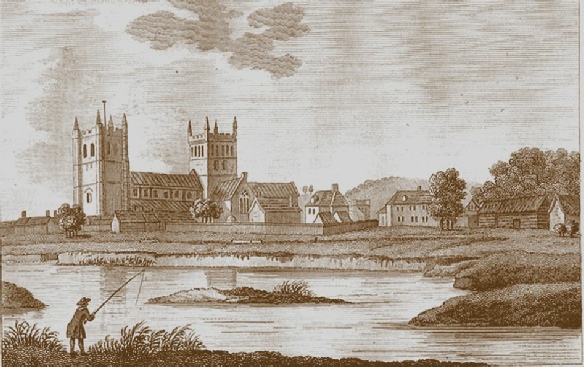 Undoubtedly the most obvious visitor attraction the town has is the ancient Minster itself and to cover all of the features of the building, the associated history and all the attractions it contains, would take a website to itself.

Dating back to the 8th Century there had been a nunnery - and possibly also a monastery building here established by Cuthberga, sister of Ina the King of Wessex.  This was eventually destroyed by Danish Vikings in 1013.  The current building spans several centuries of development but the majority was constructed between 1120 and 1180.

The British History link below show how the Minster has been

enlarged over the centuries

In the 1200s a central spire was added but this eventually collapsed around 1600 - actually during a service - bur miraculously with no injuries to the congregation.

and the Western tower is from the mid fifteenth Century.

The Minster houses the tombs of several eminent individuals from history too, including the brother [Ethelred] of King Alfred the Great; the grandparents of Henry Vll -

The Earl & Duchess of Somerset [ the Earl was the son of John of Gaunt] ; who were

also the parents of Lady Margaret Beaufort, Countess of Richmond.

It was her son Henry Tudor, Earl of Richmond, who defeated Richard the First

at the battle of Bosworth in 1485 and so commenced the Tudor dynasty.

Within the Minster there is a clock dating from the late thirteenth Century, not only showing the time but also with the Earth at the Centre of the ‘face’ (pre Copernicus and the end of the belief that the Earth was the centre of everything !) illustrating the phases of the moon and its position during the month.  The clock certainly predates 1409

since records show a wooden case was commissioned to house it in that year. 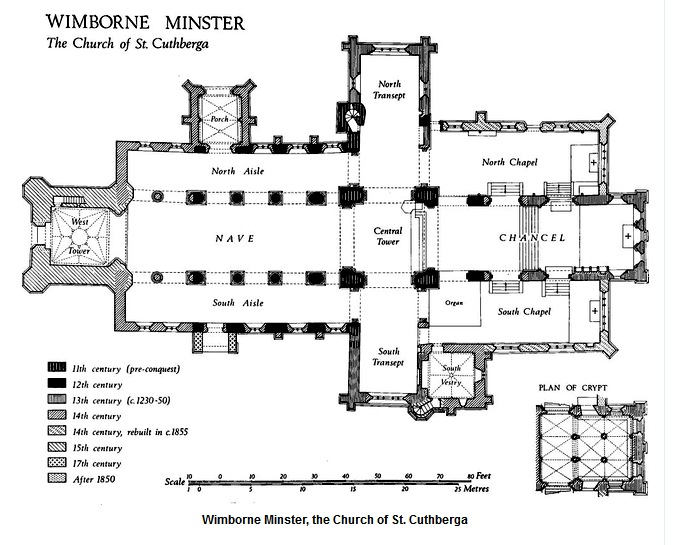 Dorset’s author & poet, Thomas Hardy - who lived in Wimborne for a time was also an architect.  He studied the architecture of the Minster on many occasions - something perhaps to sit quietly and do for yourself - noting the changes over time within the interior of the building.

He was sufficiently engaged with the atmosphere inside, that he wrote the following poem in 1917.

COPYING ARCHITECTURE IN AN OLD MINSTER

How smartly the quarters of the hour march by
That the jack-o'-clock never forgets;
Ding-dong; and before I have traced a cusp's eye,
Or got the true twist of the ogee over,
A double ding-dong ricochetts.

Just so did he clang here before I came,
And so will he clang when I'm gone
Through the Minster's cavernous hollows--the same
Tale of hours never more to be will he deliver
To the speechless midnight and dawn!

I grow to conceive it a call to ghosts,
Whose mould lies below and around.
Yes; the next "Come, come," draws them out from their posts,
And they gather, and one shade appears, and another,
As the eve-damps creep from the ground.

See--a Courtenay stands by his quatre-foiled tomb,
And a Duke and his Duchess near;
And one Sir Edmund in columned gloom,
And a Saxon king by the presbytery chamber;
And shapes unknown in the rear.

Maybe they have met for a parle on some plan
To better ail-stricken mankind;
I catch their cheepings, though thinner than
The overhead creak of a passager's pinion
When leaving land behind.

Or perhaps they speak to the yet unborn,
And caution them not to come
To a world so ancient and trouble-torn,
Of foiled intents, vain loving kindness,
And ardours chilled and numb.

They waste to fog as I stir and stand,
And move from the arched recess,
And pick up the drawing that slipped from my hand,
And feel for the pencil I dropped in the cranny
In a moment's forgetfulness. 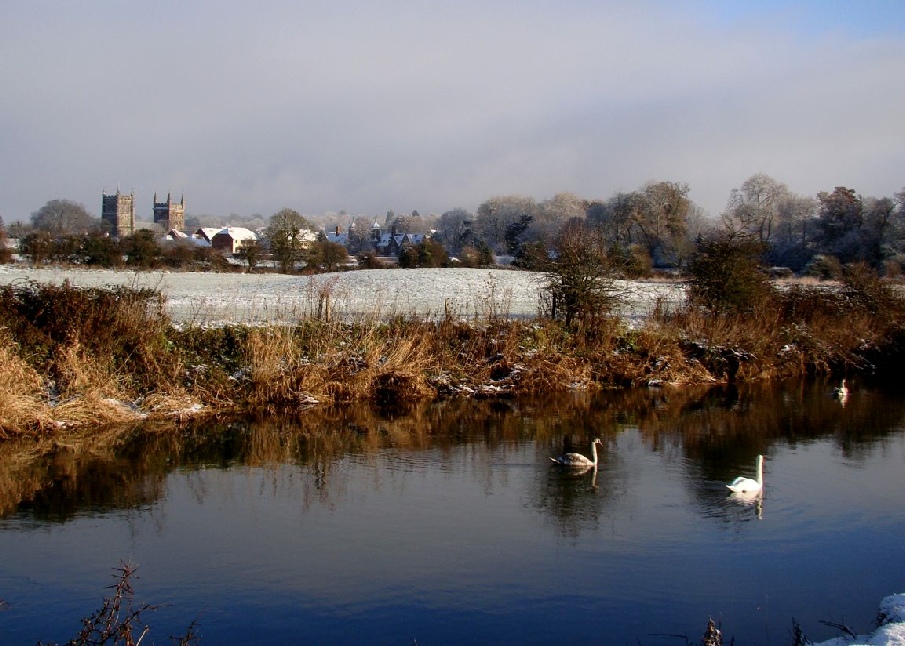 “What we can be certain of is that Hardy’s professional experience as an architect underwrote an interest in buildings that would persist for the rest of his life.” — Thomas Marks